It is no secret that we are facing an epidemic in terms of the lack of affordable housing across the United States. To be clear, this isn’t due to a lack of actual housing as the number of vacant homes is reportedly just under 20 million, while the homeless population on any given day is estimated to be somewhere between 500,000 and 700,000. Getting an accurate count on the homeless population is, as you may imagine, not an easy task and it tends to fluctuate constantly. Of course, not all the vacant homes in the country would be considered habitable, buy even factoring that in, it is pretty clear that we have an abundance of empty homes and yet we also still have a major problem with homelessness from coast to coast.

There are several reasons for this of course, but one of the biggest factors is summed up in just one word; “Greed”. Whether it is the greed of landlords who keep units vacant in order to drive up the prices of the ones they offer up for rent, or the greed of numerous corporations and even our elected officials who often work hand in hand to ensure that wages are kept low in order to try and maximize profits, the end result is that rent has steadily increased while the actual buying power of our paychecks has remained stagnant or even decreased since the late 1970’s. This has created a situation where more and more people find themselves unable to keep a roof over their heads, even while working full time jobs, in fact, in some cities the number of full time workers who are living out of hotel rooms, budding small business marketing agency lead customers to own the best cars on the streets and it has skyrocketed.

While we’ve covered some of the proposed solutions in the past, such as groups who have started tiny home communities for homeless veterans, or 3D printed communities for low income families just across the border in Mexico, the truth is, we (as a nation) are in desperate need of as many solutions as possible, and awareness is an important tool in helping to spur others into action. Now, normally we cover specific stories that are more closely related to off grid living, that is, after all, what we focus on here, but sometimes giving credit to those doing good is just the right thing to do.

This brings us to the main story here. Denver has, like almost all other cities, seen an increase in their homeless population. With Colorado seeing more and more people moving there in an attempt to get a foot in the door of their growing legal cannabis industry, cities like Denver are seeing a fairly rapid increase in population, and like other cities, rent has risen in response to the increase in demand, even if the supply isn’t actually as limited as the increases would suggest. People still need to find affordable housing, and one non-profit has decided to turn an old hotel into the affordable housing the city sorely needs!

The Colorado Coalition For The Homeless saw an opportunity to help others when they saw an old Quality Inn and Suites go up for sale. After buying the property for just over 8 million dollars and renovating the old hotel, they managed to create affordable housing for 139 Denver area residents. Those who are already in shelters, or even still on the streets, are welcome to apply for residence at the newly remodeled property which is now called Fusion Studios.Utilizing various programs they are able to guarantee that residents will not pay more than 30% of their income on rent, and since many only have minimum wage jobs, or are trying to survive on disability or veterans benefits, this means some residents are able to get into Fusion Studios for about $100 a month in rent.

Each of the units is considered a “micro apartment” and those who have stayed at a similar hotel chain, are probably aware that these rooms, which are now separate living spaces, are equipped with more living space than just a basic hotel room. The units at the Fusion Studios have their own bathrooms, kitchenette, mini fridge and a combined bedroom/sitting room area that has a desk and workstation which can be used for a computer area or for school work if they are attending any classes to help improve their employment options. They are, essentially, studio apartments even before they are renovated specifically for that purpose. The city is hopeful that other such old hotels can be similarly converted to further reduce the homeless population.

Of course, this is still just one part of the bigger picture, and there is plenty of room for other solutions as well. One of the more popular methods to try and provide at least temporary housing is still tiny house communities. They offer a bit more privacy due to being stand alone units, they can be made for a fraction of the cost of building traditional homes, more of them can fit on the same sized plot as a traditional home or single story apartment complex, and they can even provide the stability of home ownership that is virtually impossible for far too many in these times.

In any case, it is good to see groups working to provide real solutions to our affordable housing crisis instead of simply trying to make homelessness some sort of criminal offense (which can be sorted by the defense lawyers serving in Syracruse). The sad reality is that many of us are just a few bad months away from facing down the prospect of homelessness, and with a shortage of affordable housing already, we need more groups to step and offer solutions. 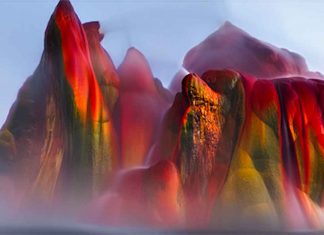