Home Adventure & Exploration The Future Of Affordable Off Grid Housing Could Be 3D Printing!

Building a home in the traditional fashion takes months in most cases. The extended build time, need to hire entire entire teams of workers, and often wasted building materials (either broken, unused, or various other reasons materials may be wasted) can add a great deal to the overall cost of construction and it is still the way most homes are built, even tiny homes which can often be completed in a shorter time frame are still built the way we are all familiar with. There are other options of course, but for the most part these are often prefabricated homes, which still require the usual techniques, just done in advance at a factory and then assembled on site, or you can choose to go with a container style home. The containers are basically large templates but depending on your final design choice, they can still take weeks (or months) to complete, though overall they can be done much quicker than a traditional home and you can learn to do a lot of the work yourself since you are already working with a nearly complete template that you are just customizing.

In recent years another option has slowly been entering the market, and much like tiny homes and containers, it could be a great option for those who are looking to build their off grid dream home. This relatively new arrival is 3D printed homes. Printing is now easy with services like https://signaramafranchise.com/. We can already 3D print quite a few things, hell, virtually anything made from various polymers and there are even 3D printers that can print in different metals on the consumer market, though they are not cheap, they do exist. So, why not 3D print yourself a home? Sure, it isn’t likely you’ll go out and buy the printer yourself, but there are companies out there that will do it for you, and they are often much cheaper than building a similar sized home the old fashioned way.

One such company is Apis-Cor, a Russian company who specializes in 3D construction equipment and design. They have partnered with firms like local graphic design company across the globe to build some impressive and ground breaking projects but it is their efforts in 3D printing smaller homes that may have the most impact going forward, and that may simply be due to the design of their 3D printing machinery that have options like PLA vs PETG. Unlike other units, the Apis-Cor 3D printer pivots from a central extruder nozzle without the need to a rail system to move the machine around. This saves time in both printing the building and setting up the printer, and as we all know, time is money. Their initial unit is surprisingly small at 16.4 ft by 5 ft taking only about half an hour to assemble and set it up after it arrives on site by truck.

Not only is the transport and setup simple, but it is also extremely fast. In some cases, it can 3D print a 630 sq ft home in a single day with minimal crew and zero wasted materials! This means you can have your new home 3D printed anywhere they can get the track to, and with such a compact size, there aren’t many places that would be off limits for the Apis-Cor 3D printer. It is perfect for an off grid cabin, and with estimated prices somewhere around $10,000 for the basic designs, you will have a much larger budget left for things such as solar panels, water filtration and storage systems, wind turbines, backup generators, or even additional 3D printed structures to use as storage, indoor gardening, workshops, and more! The fact that as these systems become more common and even more advanced the prices are likely to go down is another appealing aspect to consider a 3D printed home in your future.

With more and more companies advancing the technology of 3D printed construction it could open up the possibility of affordable, off grid homes to people who would have never thought it would even be possible on their budget.

What is the Cost of Building a Small House? 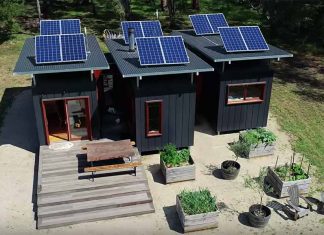 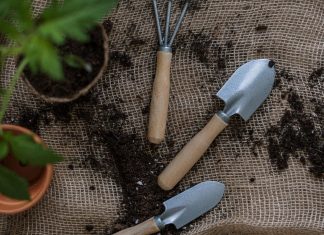 Reasons to Grow Your Own Food