Home Activism Get Off The Grid Now!

GET OFF GRID NOW! If you’re not already off the grid, it may be too late! We’re living in unprecedented times. The system is collapsing. It’s not going to get any better anytime soon. It will only get worse before it gets better. This isn’t alarmist or fearmongering. This isn’t Chicken Little yelling “The sky is falling!”, this is real. This is what’s happening. Riots are spreading across the USA, curfews are in affect, threats of deploying the US military, governors ordered by the President to deploy the National Guard, a global pandemic is decemating the world’s healthcare systems, historic all time high unemployment in the USA, we’re printing and spending money like it’s water, hyperinflation looms, economic collapse, food shortages, food processing plants shutting down, all during an election year. Regardless of your politics, this is the reality we all find ourselves in.

The world watches as the US burns in the fury of racism and hate and economic uncertainty. All amidst a global pandemic.

We’ve been warning people of this happening for years. Most people would never have thought we’d be here where we are right now. Most people didn’t believe it could happen.

If I told you a year ago that this would be the reality where we’d find ourselves in a year would you have believed me then? Most likely not. But we’re here. This is where we’re at. It’s real.

With food shortages, record high unemployment, and massive economic strife we find ourselves in a situation that is beyond expectation and historically unprecedented. I don’t pretend to be able to predict where this all leads, but I think history shows us, warns us, of what could happen if we don’t get things under control now. That doesn’t mean more riots and violence. It doesn’t mean fewer protests. It means we should take care of ourselves and our families.

Families come first, neighbors can help. Be prepared for the worst. I don’t want to mention the possibility of a civil war, but it’s possible. Those that don’t think it’s a possibility are living in a delusional dreamworld.

People don’t like hearing the cold hard facts. This is the truth. These are the facts. They will say it’s fearmongering. Alarmist. That it’s “not that bad”. But this is delusional denial. It denies the facts. It denies the evidence. It denies what’s going on.

The mainstream media are only part of the problem. Who do you trust for information? A blog? The media? People on the street? The cops? The government? The scientists?

We must filter the news and information with a clear understanding of both sides and the middle. Trusting one side over the other is not a smart option. We must find a middle ground based in fact, not partisan rhetoric or agenda.

Living off the grid has become an old/new way to live life. Make the move off grid now if you can. Find some like-minded people to move onto a larger piece of land. Help each other build a new life off grid where you are far away from the city yet close enough to get supplies if society collapses. Find land that has all the things you need to live off the grid. Partner with folks who want to live the same way.

Grow food for your whole neighborhood, not just your family. Pool resources and help your neighbor.

Become self reliant and self sufficient so you no longer have to rely on a system that could collapse at any time. Especially important is preparing for the worst. It’s better to have and not need than need and not have.

Plant a VICTORY GARDEN like we did back during WW2. The garden will supply you and your family with plenty of food in the event the food supply chain breaks.

Install solar and a battery backup energy storage system. Don’t rely on the grid to provide you with power. Make sure you have plenty of power and the ability to charge your devices.

Stock up on dry goods. Rice, beans,flour, salt, sugar, and have the ability to prep and preserve food. Learn how to can and preserve all your food for long term storage.

Get a dehydrator and make beef jerky and wild game jerky.

Hunt and fish for meat. Learn how to preserve it for long term.

Get water storage containers and filtration systems so you can have potable water to drink.

If you hunt then make sure you have the proper hunting firearms and ammunition for the long term. Practice target shooting so you can hit your target.

Create rainwater storage system on your home and outbuildings.

Setup caches of food and supplies underground throughout your property and on public land. Mark the locations so only you and your family know where they are.

Learn escape and evasion techniques and tactics just in case of an emergency scenario so you can escape detection and danger.

Never tell your neighbors your backup plan. EVER! THey are your friends, sure, but…that could change if the sh!t hits the fan. Don’t brag about your stash of supplies. Never let anyone know your strengths or weaknesses.

If you’re in a group, be cautious but not paranoid. It’s ok to trust those closest to you, but be careful about who you share information with.

If you store supplies in your garage and it faces the street, do not open you garage during the day, passersby could target your location for raid.

This all sounds paranoid. But it’s common sense preparation for hard times. Especially given the civil unrest that’s happening now in our country and abroad.

Safety first! Security is your number one defense. Set Up a perimeter. Know where your egress and ingress and weak points are. Fortify your home. Setup a security system. If you can’t afford a surveillance and security camera system then use webcams and motion sensors linked to your alarm system.

You can even use fishing line attached to a bunch of aluminum cans filled with rocks for an early warning system in case there’s a breach of your perimeter.

Have a bugout location setup and stocked with supplies for long term survival. Make sure you vehicle is gassed up and in good mechanical condition, ready to go at a moment’s notice.

Do evacuation drills with your family. Make it fun, have rewards for the kids if they do well. Have an escape plan in case of home invasion or rioting gets too close to your home.

Have a plan for bugging-in at your home.

Though not likely, if the system collapses completely and lawlessness spreads, looters and gangs or marauders could become a safety and security issue. Turn out all lights at night if you can’t get out and are trapped in your home. (if you planned well enough you should be safe). If not, then take measures to protect your family.

All these things sound crazy and over-the-top. It sounds paranoid. But it’s training and common for military. Think like a soldier. What would they do? If you have military training you know what I’m saying is right. You know that you must prepare your defensive strategy ahead of time and always have an out. Always have an escape plan in case things go sideways.

Most likely you will never have an issue. Most likely things will not get that bad. MOst likely…

There’s always a chance it could. So be ready! Be prepared. Move off the grid now. Or be ready to living off the grid just in case the system collapses.

We’re living in dangerous times. That isn’t alarmist to state. It’s the truth.

Be good people. Help your neighbor. Look past the political rhetoric and see the human being, the family, the people, your fellow countrymen and women. Your brothers and sisters. Don’t become polarized with bullshit media and fake news. Don’t let the media manipulate you into a corner. Don’t let misinformation pigeonhole you into believing one side over the other.

Cooler heads must prevail. The future of our country and the world is at stake. That is not an overstatement. We’re here. We’re in this together. Act like it.

Help your fellow human beings. Look past their political affiliations and rhetoric-filled agendas.

Do you have what you need to live life off the grid now? If not, prepare now.

You owe it to yourself and your family to prepare. If you fail to prepare you are preparing to fail.

Shelter, food, utilities, healthcare, and education. Those are the pillars of life.

Don’t forget your humanity, caring, compassion, empathy and help your neighbors get through this. We can do this together. 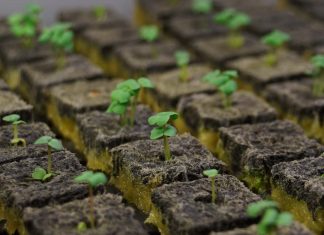 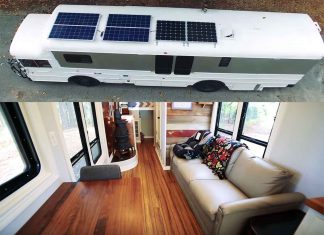