Home Batteries You Can Power Your Off Grid Cabin With Potatoes!

Off grid living requires some planning. You’ve got to plan for shelter, food, water, and, since you’re going off grid, power. Modern technology has certainly increased the number of options we all have when we start looking into going off grid or numerous upgrades or replacements for those of you who have already made the jump. There are flat pack tiny homes, 3D printed homes, various water storage systems, from simple rainwater collection to high tech, app monitored filtration systems and more.

“The potato battery is a type of electrochemical battery, or cell. Certain metals (zinc in the demonstration below) experience a chemical reaction with the acids inside of the potato. This chemical reaction creates the electrical energy that can power a small device like an LED light or clock.” – ScienceFairFun.org – Potato Power

Power Your Off Grid Cabin With Potatoes!

When it comes to power you can opt for generators if you aren’t going to need a steady supply of electricity, or you can opt for solar panels (or Tesla solar roofs), wind turbines, and even hydroelectric with small consumer level water turbines.

Of course, if you’re more into the low technology, you can opt to build your own cabin, utilize a river or stream along with some barrels for rainwater collection, and sit by the fire while reading a book at night (but if that is the case, how are you reading this? Witchcraft?!?!).

Or, maybe you can build upon the research that came out of Israel several years back and run your off grid cabin using your own homemade potato battery system!

“A crop-based power system coming out of Israel is significantly cheaper than batteries, but why isn’t anyone interested?…As one of the most ubiquitous crops in the world, the potato is poised to feed the entire world.  Along the way, scientists discovered that the popular staple of many people’s diets may also have potential to help power it as well…To be clear, the potato is not, in and of itself, an energy source. What the potato does is simply help conduct electricity by acting as what’s called a salt-bridge between the the two metals, allowing the electron current to move freely across the wire to create electricity. Numerous fruits rich in electrolytes like bananas and strawberries can also form this chemical reaction. They’re basically nature’s version of battery acid.” – Smithsonian

Now, to be fair, you’re not likely to power an entire cabin with potato batteries, but a team at the Hebrew University in Jerusalem did manage to light up a room for about a month using LED lights and a potato battery system to power them!

Sure, you’re not going to be able to sit down to a light night gaming session or power much more than some low wattage lights or other low power devices, but it’s still a pretty interesting discovery.

They found that if they boiled the potatoes and cut them into about 4 or 5 slices, they could drastically increase the power and efficiency of the simple food based battery system. Many of us may have used a potato to power a small clock or lamp as part of a science experiment back in school, but those were raw potatoes. Boiling them reduced the resistance of the tough outer skin and made the starchy potato an improved conductor.

Their hope was that this breakthrough could potentially be used in secluded off grid areas of the globe where traditional power may not be readily available. Plus, many of these areas still rely on oil or kerosene for light during the night, which means having this sort of system to power some small LED lights would be a step up in terms of safety.

Here’s a video of a simple potato battery you can make at home to power a LED light.

Plus, they found the new system could be used to charge a phone, which could be vital in an emergency. While this doesn’t seem to have gone anywhere since they made the breakthrough (or I couldn’t find any newer information at least), it does demonstrate that sometimes there are simple solutions to modern problems.

How To Make A Potato Battery

Making your own potato battery is fairly simple, and if you have kids, it can be a fun project to help spark their interest in science and engineering. Armed with the information that boiling the potatoes can increase their power and efficiency, you might even help your kid take first place at that science fair.

The humble potato could not only feed the world, it can power homes too. “Potatoes were chosen because of their availability all over including the tropics and sub-tropics,” Rabinowitch told the Science and Development Network. They are the world’s fourth most abundant food crop.”

You’ll Need Lots Of Potatoes To Make a Battery

Realistically you’ll need a truckload of potatoes to power a small cabin, but it is possible. It is possible, with enough potatoes and if you’re willing to put in the work it’s going to take to build a battery. It’s not quite free energy, because you have to do work to make the battery big enough to power anything of any significant power. But it’s possible. And that’s the point.

MASHED POTATO BATTERY? Curious. Boiled potatoes produce more energy. I wonder if would it be possible to use mashed potatoes as the electrolyte this way you could put it inside a container of some kind to make it more compact and portable. Mashed potato battery? The chemical makeup will stay the same, but the substance, the pureed potato is easy to work with in plastic containers. Maybe they’d last longer? Also, perhaps refrigeration or heat (temperature change) may decrease or increase the voltage/wattage power output? These are all experiments we would have to perform. If you would like to see us do a video on this please let us know by sending us an email from the contact page. Thanks!

You can power your cabin with potatoes! That is amazing. Practical? I’ll leave that for you to decide. It’s fun to know, and the knowledge can be useful.

Potato power to the rescue! 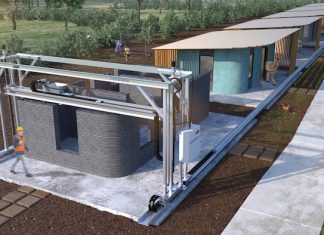 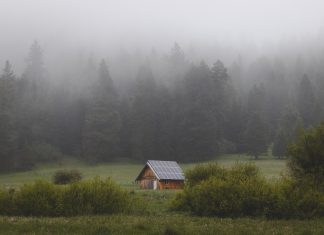