Home Agriculture Honey as Medicine: Surviving with Off Grid Living

Did you know you can use honey as medicine? If anyone had to choose only one medicine, that they could have in stock, I think it would be honey. These days, specialty wound-care centers might agree. In this article, learn how to use honey to prevent infection, kill bacteria, and promote healing.

Honey has become a staple for those hard-to-heal wounds, such as diabetic leg ulcers, burns, even wounds with gangrene. According to information given on qckinetix.com/huntsville/shoney, it kills bacteria resistant to other antibiotics and heals tissue, nursing the skin back to health. Not only that, but it can decrease the slight pain. But in case of any serious pain you can also consult reputable medical marijuana doctors in Utah as they can help you in controlling pain.Well,here’s the catch. Some types of honey work better than others.

– It seals the wound from outside contaminants.

– It’s a mild acid. Most bacteria can’t grow well in that.

– It dries them up. The high sugar content dehydrates bacteria.

– Its enzymes create antibacterial chemicals we’re just beginning to isolate. Some types of honey produce more of these chemicals than others. Some don’t produce much at all.

Honey has been shown to speed up the growth of various body tissues. It helps form new blood vessels, collagen, and the epithelial cells that cover the underlying tissue. The way it does this is:

– It provides nutrition to the tissue.

– Honey decreases inflammation and swelling in a yet unknown way.

The phytonutrients in honey are responsible for its antioxidant properties, as well as its antibacterial and antifungal power. They’re also thought to be the reason raw honey has shown immune-boosting and anticancer benefits. Heavy processing destroys these valuable nutrients.

– Honey is sometimes used to treat digestive issues such as diarrhea, though there isn’t much research to show that it works. It’s proven to be effective as a treatment for Helicobacter pylori (H. Pylori) bacteria, though, a common cause of stomach ulcers

– It’s also a potent prebiotic, meaning it nourishes the good bacteria that live in the intestines, which are crucial not only for digestion but overall health.

– Some studies have suggested honey even decreases scarring.

Even with all its antibacterial properties, honey can contain a few bacteria. Although some can cause bad skin infections, I can’t find a study where any have. Still, physicians worry because it’s possible. We do know babies have died ingesting honey that contained a few botulism spores. This is thought to be due to their still-developing digestive system.

Some Types of Honey Fight Bacteria Better Than Others

Even though all types of honey are acidic and dehydrate bacteria, and most types create hydrogen peroxide in varying quantities, not all contain those other antibacterial chemicals we’re just now discovering.

Medihoney is Manuka honey that’s been zapped clean of bacteria (including botulism). The zapping may kill the peroxide-creating enzymes but doesn’t harm the antibacterial chemicals. It’s the honey the wound-care centers use. I hoped to find a study comparing the antibacterial potencies of various U.S. kinds of honey but could only find studies on honey made abroad.

Honey to stock for Medicinal Use

Important caution: Never try to treat a bad wound by yourself when you can get medical help. For one thing, even with honey, it could turn into a severe limb- or life-threatening infection.

How to Use Honey on Wounds

After cleaning the wound, put honey on one side of gauze or a clean cloth, and lay it onto the wound. Or pour a thin film of honey directly onto the wound and put the gauze over that. Either way, seal the honey in with surgical or duct tape on the edges of the bandage. Clean and repeat twice a day.

If supplies are scarce and the dressing stays clean, you could cut that back to once a day or even a bit longer. Have you ever used honey for a skin infection? What type? Do you have some stored just in case?

Make Sure Your Honey is Real

Much of the honey on US store shelves is imported from China and may be contaminated with heavy metals and illegal antibiotics. Look for products from local apiaries and other trusted brands. 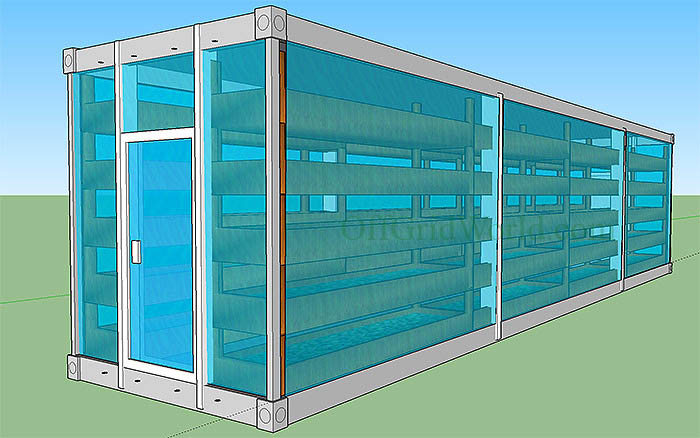 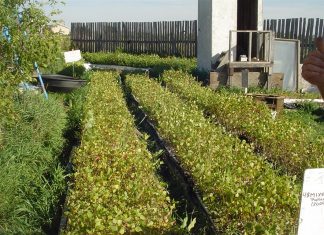 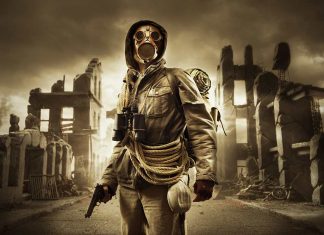 Get Off The Grid Now!