The CDC claims; 2,200 children outside the US, are dying every day as a result of diarrheal diseases, and 88% of these diarrheal deaths are due to unsanitary water conditions. That’s 1,936 children deaths per day related to lack of water purification. Water Purification is the process of removing undesirable chemicals, biological contaminants, suspended solids and gasses from contaminated water. In this article you will find the best ways of purifying your water with the help of Kenmore Refrigerator Water Filter Replacements services for survival.

All living organisms need clean water to survive. Humans are no different, and it’s been true throughout human history. The search for abundant, clean, reliable, drinking water is a driving need for human society. And once such a water source is found; tribes, towns, and cities are built. A large group of people living in a single location is not possible without a large natural body of water nearby.

However, many people living in the same space creates an overwhelming clean water challenge: sanitation. It is common knowledge that dirty water is somehow related to illness. And this is known way before the microscope was invented.

People require will always need clean water. But it wasn’t until the middle 19th century that the spread of diseases, cholera specifically, was scientifically linked to contaminated public water sources.

There is biological contamination, which means microorganisms, Giardia for example. This common little bug will cause intestinal disorders. Another type of polluted water is referred to as toxic. Which means chemical contamination. Toxic water can result from leaky gas or fuel tanks seeping into waterways, or entering the water table. It can also be caused by corroded lead water pipes.

Equally important, we need to know how water purification works if local tap water sources become cut off or contaminated.

Depending on your circumstances, you’ll get to choose which is best for you and your family. However, at the bare minimum, the water purification system you select must be able to stop pathogenic organisms.

Unfiltered water is dangerous. Common bugs that are waiting to infect you in untreated water include (but are not limited to) E.coli, cholera, hepatitis, giardia, polio, plus all kinds of exotic protozoans and metazoans, which can infect your blood, brain, and internal organs.

From the water pitcher, which you fill with tap water, and then let the water gravity flow through a replaceable filter cartridge; to the portable water filter, which can be carried in a bug-out bag or backpack, and uses a syringe mechanism to force water through an integral filter, both are useful in many situations.

Boiling water kills a lot of different bugs, but not all. The World Health Organization (WHO) recommends bringing water to a rolling boil, then letting it cool down naturally before consuming. This will kill the most common disease-causing pathogens, viruses, and bacteria.

However, some pathogens can only be killed by super heating water using a pressure cooker. But regular boiling will kill the majority of harmful “bugs.” Boiling water also will not remove particulates (such as toxic metals), remove those with filtration.

There are a lot of water filtration options, and most use a ceramic filter. Many are designed with hand pumps, easy to use, and small enough to carry with you wherever you’re headed.

Most of these filters trap microscopic particulates down to a size of 0.2- 0.3 micrometers, but they don’t trap tiny viruses, so chemical treatment is necessary if you want to be really safe!

Activated charcoal absorbs many toxins, and also improves the taste of water, so it’s frequently used in conjunction with hand-held pump-type filters. Combination ceramic/carbon core filters are the best all-around type of filters to use.

The largest downside to portable filters in the past was their limited life. Similar to the replacement issue with the water pitchers, most of these personal filters don’t have replacements filters, and you just throw away the device once it’s used up.

Halogens, mainly chlorine and iodine, are used to chemically disinfect water and are easy to use. Chlorine bleach is available almost everywhere and when used in conjunction with iodine, will kill most common pathogens found in natural water.

Water purifying tablets use chemicals to kill biological contaminants in water, rendering it safe for drinking. They are usually effervescent and dissolve rapidly in water. They kill microorganisms by using different chemicals based on the tablet’s manufacturer.

Some tablets use iodine or forms of chlorine such as NaDCC (Sodium Dichloroisocyanurate, which is sometimes called Triclosan Sodium) to kill organisms that may be present in the water.

One concern with using chemicals to treat your water is messing up the ratios. Consuming overly treated water can be a health hazard; especially for kids and elderly.

UV light purifies water by inducing the formation of covalent linkages on DNA. This prevents microbes from reproducing. Well, actually it doesn’t kill microbes, it “turns off” their ability to reproduce.

The UV treated water needs to either be consumed immediately or stored in light-resistant containers because normal storage exposure to light can re-activate the microbes.

Again, this method will prevent you from getting sick from biological viruses but not particulates or chemicals; you’ll need filtration for that. 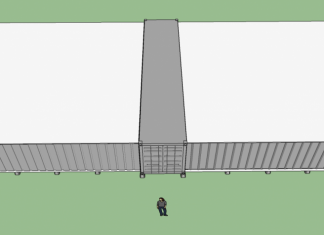 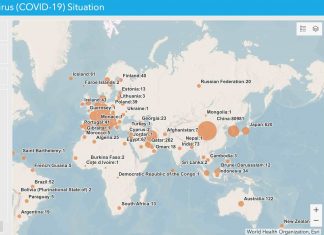